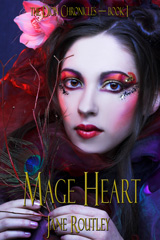 You want to know what I think is one of the best things about the new WONDERFUL era of publishing and e-books?

There no longer need be any such thing as ‘out of print’.

That’s right. Books are now the most accessible they’ve ever been, and they can now live for ever online, just waiting for the next reader to trip along and find them.

Moreover, the rise of small presses and independent publishers makes the prospect of giving books a second corporeal life that much simpler.

Last week, I attended the relaunch (the rebirth?) of my friend Jane Routley‘s debut fantasy trilogy ‘The Dion Chronicles’. The first book — Mage Heart — was first published in Australia and the USA in 1996 by Harper Collins. It won awards. I have one of the original paperbacks. Nonetheless, as used to happen so often, more than a decade later it was out of print, as were its sequels, Fire Angel and Aramaya. 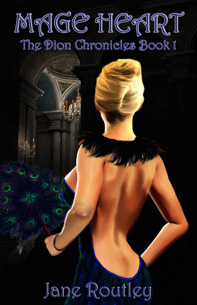 Not any more! First, local Australian publisher Clandestine Press republished them last year in e-book format. You can get all three from Clandestine Press here. Mage Heart is available on Amazon here. The others are there too.

And now another local small press, Ticonderoga Publications, has republished The Dion Chronicles in both paperback and hardback. They are available from Indiebooks Online here.

This is an absolutely fabulous thing. Why should those books languish in obscurity forever, when so many more people could read and enjoy them? I am so excited for Jane — and those other authors I know who can breathe new life into their past published works. (You know who you are!)

Provincial and naive – and a powerful mage – young Dion is an innocent adrift in a world of intrigues and treacheries, with hungry demons lurking just beyond its borders.  And now she has been called up to protect the Duke’s favourite mistress: the extraordinary Kitten Avignon, Our Lady of Roses.  The mesmerising courtesan is a woman in dire peril, stalked by a necromancer who will not sleep until his beautiful prey suffers horribly.

I keep checking to see whether all those old Mary Stewart and Georgette Heyer novels I love have made it to digital… Not to mention all my old fantasy favourites.

What books would you like to see made available as e-books?