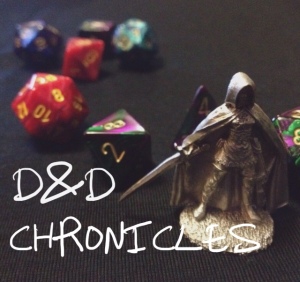 It’s been a bit over a week since we supposedly took over the thieves guild. In reality, Tippa and her cronies are going to run the guild — which is a good thing because I refuse to have anything to do with it. The others have struck some deal. I don’t want to know.

I’ve spent much of the week strengthening my bond with Fleet. She’s such a beautiful creature — powerful, fast, stealthy as a great desert cat should be. We’ve reached an understanding and I can’t wait to see her in action out of the city. Nightshade has also bonded with her ferret, Domino, and we’ve trained Fleet to take Domino on her back.

We now have a permanent base in Kelsen, having spent some of our hard-won gold on a house. The others persuaded me to this course of action, and it’s true Kelsen is reasonably central and as good a base as any. It also gives us citizenship in Kelsen, and so legitimizes our presence in the region.

Sadly, Abra has decided to leave our company. His experiences of the past several weeks have taken their toll, and he’s leaving to seek other Vahdrim. This part of the world is certainly dangerous for mages. I have released Unch too. I couldn’t keep in all conscience keep a homunculous slave any longer and he has gone with Abra. We’ll miss both their skills.

Part of the reason for our prolonged stay in Kelsen has been to gather information about these lands to aid our quest to stop the rise of the goddess Varrien. We are pledged to find the Right Eye, and we probably also need to find the Flail of Wind and Rain, said to be the one object that can destroy the goddess of destruction.

We think we know where the Right Eye is hidden — somewhere in the lost city of Tel Marrenor, deep in the cursed forest to the south of Kelsen. But everything we hear about that place leads to Death. To succeed, we need to assemble the right skill-set and the right equipment. We’re not ready yet. It’s going to take some time.

All we know about the Flail, on the other hand, are rumours. Old stories. Conflicting fragments of information. It’s possible part of it is secreted somewhere in the mythical city of Toreth Jhand (maybe) near the Dharrian Hills — north and west of Kelsen.

To make matters worse, Blizzard heard through his church that an important gem has been stolen from the Church of Elloran. We fear this could be the Left Eye of Varrien, which we left in their keeping. Perhaps we will end up hunting that down too (again), somewhere near Thyas or the Dust Plains.

In the short term, though, we’re taking a ship to the swamps just south of here. We’re hoping to find some lost artifacts that will aid us in our quest, and we can hopefully find out more about the dangers of Tel Marrenor while we’re nearby. That place keeps calling to me, no matter how cursed.

[2 March] The ship’s longboat drops us on a thin shoreline edged in dense forest. The vast swamps are to the south and a village a short distance inland. We head into the trees.

Trees. I feel like I’ve come home. Fleet takes to the forest more naturally than I’d hoped. She’s  a flash of ochre at my side.

We reach the village of Hillargh around midday. It’s largely deserted, but there are soldiers in the taproom of the inn and a couple of locals. They tell us tales of brigands and lizard creatures (and great flying lizards) living in the swamp. They tell stories of a lost city, now the citadel of a lizard king…

Most of the people have fled the village. The Baron of Verren, two days down the road, will likely pay us to clear them out, they say.

Since the swamp sounds like the place we need to go, and we’re probably going to have to kill the brigands and lizard creatures anyway, we might as well get paid for it. We take the road to Verren.

[6 March] We appropriate abandoned coracles for our journey into the swamp. It’s steaming hot and sticky and the mosquitoes are vile. I’m already regretting this.

It takes a while for everyone to get the hang of poling their vessels. Some more than others. I don’t think Fleet is enjoying this very much; she’s huddled in the shallow bottom of my coracle growling. Sometimes we have to port our coracles where the waters become impassable. Tedious as hell.

The baron has promised us coin if we clear the swamps of brigands.

[7 March] Late morning, I spot an ancient stone bridge, overgrown by forest, not far ahead. We start to disembark beside it, when a band of some 15 lizard creatures appear on both sides of the waterway, aiming javelins.

All some of us can do is try to evade the javelins, but I’m well aware Squirrel’s responsible for the fireballs and when some of the creatures start looking vague I suspect Alix is calming their emotions. Eventually they’re close enough for us to engage and we defeat more than half, while the others flee. We’re not in too bad shape, considering the odds.

An ancient road crosses the bridge. It’s overgrown, but there’s enough for me to pick out and we follow it into the heart of the swamp.

[8 March] Around midday, our way is blocked by a horde of lizard creatures — could be as many as 40. They tell us to leave their lands. We try to negotiate. This fails. Alix and Blizzard both cast spells to calm them down, and we pass through cautiously.

It’s a shame such spells are not permanent. They recover quickly and charge from behind, all 40 of them, while a pair of wyverns (doubtless the ‘great flying lizards’) attack from the air. This is going to be interesting.

They still seem to favour javelins. We’re surrounded by a ring of sharp pointy objects. Another fireball or two. One of Alix’s flaming spheres. I’m on full defence until the creatures get close enough — which they do eventually.

We kill a lot of them, including one of the wyverns. Squirrel has a particularly hard time of it, but Alix manages to heal him mid-battle and he pulls through. A bunch of lizard creatures and one of the wyverns inexplicably retreat.

We count 25 lizardman corpses alongside the dead wyvern. We take stock of our own injuries, bind them up as best we can and prepare to continue…

One thought on “D&D Chronicles: Journey into the swamp”