It’s all happening in our Dungeons and Dragons game at the moment. All. Happening.

The previous two posts gave alternate accounts of how we first found and then lost the Left Eye of Varrien (after two and a half years of searching!). The first account was from Zillah (my ranger) and then Calwyn (mage), both of whom died and resurrected during the action.

Both accounts left our alter-egos cold and shaken on the snowy banks of a river, contemplating our next move. What now?

We’ve pledged to find the Right Eye of Varrien. (How? Where?)

We had the Left Eye in our grasp… Where did those clerics of Varrien take it anyway? They rode off on their horses, tracks in the snow. We decide our next course of action will be to follow them.

No one could have predicted what happened next…

Today’s account comes from Ammonite*, our fighter, who starred in this episode as they who retrieved the Left Eye of Varrien (spoiler… sorry).

*Ammonite is an itinerant warrior of indeterminate gender, who makes jewellery in their spare time. Ammonite is very attractive. 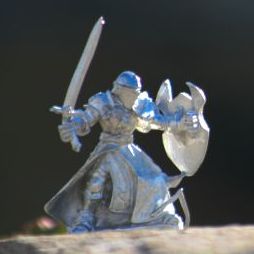 What a strange week it has been.

After Glynd was slain by the Priests of Smoke and Fire, all of us believed the Left Eye of Varrien to be lost to us forever. Calwyn and Alix were especially bereft, since they have been searching for the Eye and known Glynd for some time; though we were all very sorrowful and did our best to farewell her with the proper rites.

Imagine our astonishment and confusion when, only a mile or so along the river in pursuit of our attackers the next morning, we came across the very horses they had been riding. Zillah was outraged to see that the beasts had been tethered without food or water, and she was quick to fashion rough halters from the ropes and lead them with us to find some good grazing.

Their rightful owner, stablemaster of a nearby town, soon came upon us. He was angry at first to see us with his presumably stolen horses, but then was grateful we had rescued them. He even offered us the use of them to ride into town where he would reward us with ale, but Calwyn politely refused, saying that he would prefer to walk. After weeks of trudging about the land on foot, I for one would have welcomed the loan of a horse, however briefly. Foolish, fearful mage!

A stroke of luck (or intervention of the Gods?)

In town we found a crowd of folk discussing a recent accident on the river. It appeared that, two nights ago, a barge was sunk under mysterious circumstances. A barge carrying the very priests who had slain Glynd and taken the Eye! There was confusing talk from the sole survivor, one of the barge-folk, of lights and explosions from the Captain’s cabin, where the priests had been entertained – which made Calwyn and Alix certain that magic had been used.

Could the Eye of Varrien be still on the sunken vessel?

Learning that a search party was to set off at first light, we made our way along the river that very night in hopes of finding and searching the barge ourselves. After several hours of searching, Zillah found what she suspected to be the place where the survivor of the wreck came ashore. Calwyn cast a spell which showed there was indeed a powerful magic item beneath the water. This had to be the barge we were searching for.

Among our party, I appear to be the strongest swimmer – as long as I am not wearing my splintmail, of course! So I would be the one diving into the cold, murky, possibly treacherous water. Ah, the life of a warrior. My companions proved to be a great help, however. Alix blessed me with a spell by which I would not feel the cold, Calwyn gave me both dark vision and mage armour in case the worst might happen, and Schill tied his ropes about my waist.

On my first dive I saw the barge laid out beneath me with no visible sign of damage on the hull – dark vision is indeed a wonder! In a series of dives I first got one of the hatches open, then entered to find a choice of two corridors. One ended in a door I could not budge. On advice from the rest of the party, I swam the whole way around the outside of the barge and found a place on the side where it looked as though some damage had been done. Finally, a clear target!

Up for air once more and then back down into the hatch and along the second passage. Only this time a dark shape, or possibly even two dark shapes, loomed at me from the shadows. Startled, my breath left my lungs in a cloud of bubbles and I fled from the boat and back to shore. There was much discussion of what the shapes might be – undead priests being the most loathsome of our guesses. No one was very keen on me going back under the water to find out.

As we talked, however, I began to doubt my first, startled reaction. Had the shapes been coming towards me or simply floating in the current? Were they creatures intent on harm or simply the corpses of those on the barge? Though Zillah and Schill both advised against it, I decided it was worth the risk to return below and chance further investigation. Schill lent me the necklace I had made him, upon which Calwyn cast a daylight spell in case it was indeed Undead I might face.

In which courage and strength pay off

Thankfully, when I dived back down I saw that the shapes were merely two corpses, lifeless and about as dangerous as drowned rats. I swam past them and found myself in the scorched wreckage of what must have been the Captain’s cabin, surrounded by another four corpses.

And there on the floor beside a wooden chest, miracles of miracles, was the Eye of Varrien!

Carefully, I picked up the small gem using the cloth that Calwyn gave me – he had cautioned me most seriously again touching it with my bare skin – and thrust it into my pocket. For half a second, I considered looking inside the chest, but my lungs were burning and, besides, I had already found the most important treasure.

But here is a peculiar notion. If I had not been so shocked by the corpses and retreated, then Calwyn would not have insisted on casting the daylight spell on the necklace. And if I had not had the extra light to illuminate my search, I doubt that the dark vision spell alone would been enough to spot the dark little gem amid the mud and debris on the cabin floor.

The machinations of the Gods are a strange force to contemplate.

There is more to come from our adventures the other night, but that’ll be in a another post. All I will say at this juncture is that there’s a BIG change in direction, Eye in tow.

Stay tuned for more D&D Chronicles soon (or go read the story so far). A huge thank you to Kirstyn McDermott for channelling Ammonite for this post.

11 thoughts on “D&D Chronicles: What was lost is now found”